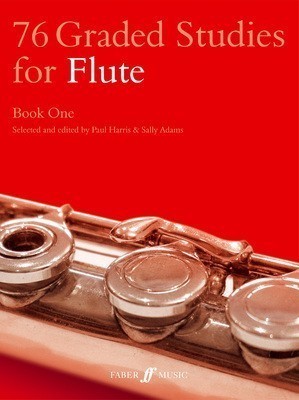 Studies are an established part of every instrumentalist's training. They place technical problems in musical contexts, and can be invaluable aids to development. 76 Graded Studies for Flute is a must-have resource for all students and teachers, and the two books feature heavily on the major examination board syllabuses.

76 Studies for Flute Book 1 brings together in two books a broad selection of repertoire in a variety of styles, from Camus to Telemann. Also included are a number of specially composed studies by Paul Harris that introduce aspects of 20th-century style and considerably extend the scope of the selection. The studies in Book 1 are arranged in order of increasing difficulty, according to a carefully planned technical progression from Grades 1-5.